‘A whole lot of sitting in circles and talking, and nothing comes of it.’ This is the kind of complaint that can be levelled at the Youth Section, or ‘The Section for the Spiritual Striving of Youth’ to give it its official name in The School of Spiritual Science. And I’m sure sometimes it’s true, and this could indeed be a description of the shadow of this kind of work. Brazenly though, it is also what the latest offshoot of the Youth Section in Australia is offering at Seed Australia’s second of three Moral Technologies conferences.

What came of the first event with Nicanor Perlas last year? There was a lot of talking in circles – did anything come from it? This is a the question that the core team have been asking over the last few months, in preparation for the second event. We may not have single-handedly reconciled humanity’s lust for technological progress with an understanding of the life of the spirit and the pivotal role of the human being, but do you know what? We did make steps towards this. Personally speaking I know my inner gesture to this ‘Technological Age of Human Life’ (as Orland Bishop, key presenter at the next event calls it) has changed. Born of Nicanor’s vast and thorough picture of the evolution of humanity, and technology‘s place in it culminating in artificial intelligence, the didactic of whether technology is good or bad has been broken open for me.

My heart belongs to Anthroposophy and I support Waldorf education but now when I see the many articles posted about the ills of technology on ‘Waldorf Today’ and the like, I am not aligned with them. What I see there, and hear in many conversations, is this didactic. I hear a lot of misunderstanding and a lot of fear, which brings to mind one of Nicanor’s opening questions from last year: if you are running away from technology then ask yourself what you are running away from? Reframing the question brings the opportunity for engagement and discernment, which can only come from engagement. Certainly one may, and hopefully will still, find boundaries with deciding what technology is for the good of oneself, one’s children, one’s world, and also when it is good, how it is good – when it has a moral role to play and when not. But this is very different from running away.

In another presentation on the theme over the last year Lisa Devine referred to this didactic as binary thinking; if we become stuck in this then we are allowing the very thing we want to run from to occur, in that our thinking compresses from a living three-fold capacity into either/or. An example of the subtle, yet revolutionary shift in gesture to break out of this binary came to me recently from my fifteen year old son. He told me to stop referring to ‘screens’, because all screens are not the same. When I engaged with this notion, along with his passionate and at times scathing help, I was able to discern the differences between such phenomena as the passive viewing relationship of TV watching, and the strategic teamwork involved in multi-player, real-time gaming in an online community. I’m still the parent and I still set limits but he has helped me to see that some useful capacities can indeed be developed through gaming. A happy side effect is the improvement of his and my relationship through this conversation, this engagement and discernment.

A second example came at an earlier Moral Technologies workshop where a participant declared that people surfing the net on their phones were leaving reality and engaging with a different world, which he saw as a negative. A reply quickly came that didn’t deny the participant’s input but instead offered: you’re engaging with another reality when you play a game of golf, or read a novel too! What’s the difference? And that, to me, is one of the important questions: what’s the difference? Because there is a difference. But if we can open inwardly towards this we can move past having to decide which is better, and instead begin to discern these different realities, how they are entered, which beings live and work there, and what place they have in the big story of humanity. This is a Consciousness Soul task – not to run, but to know; to know through experience.

Back to talking in circles…breaking out of a didactic is where argument becomes conversation, and conversation is what Orland Bishop specialises in, which is more than just talk. It is a skill, a skill that is core to the work of the Youth Section. Youth Section work is actually a specialty; I have seen this amply demonstrated by my collaborator, and long-time Youth Section worker, Rose Nekvapil. When the current head of the International Youth Section, Constanza Kaliks, visited Australia a year or two ago, she explained this to me more. Constanza described the soul life of human beings in their teens and early twenties, characterising it as having access to future images in that it was not long crossed from the threshold, being mature enough to be able to express some of these pictures, but not yet with a consciousness that was incarnated enough to articulate them with clarity. In fact it is this pre-defined quality that allows the access to the Imaginations. To mentor human beings on this cusp was not only to tend to them individually, but also to midwife the future of humanity.

The Moral Technologies conferences are not, however, ‘youth events’. They are multi-generational, and this aspect was something that made the first event so successful. All ages from 15 upwards are welcome, but we are bringing a ‘Youth Section’ way of working because this dreamy, shadowy realm is also where the dream and shadow of technology births, which is what we are grappling with.

This is what can come from sitting in circles and talking. Do join us. 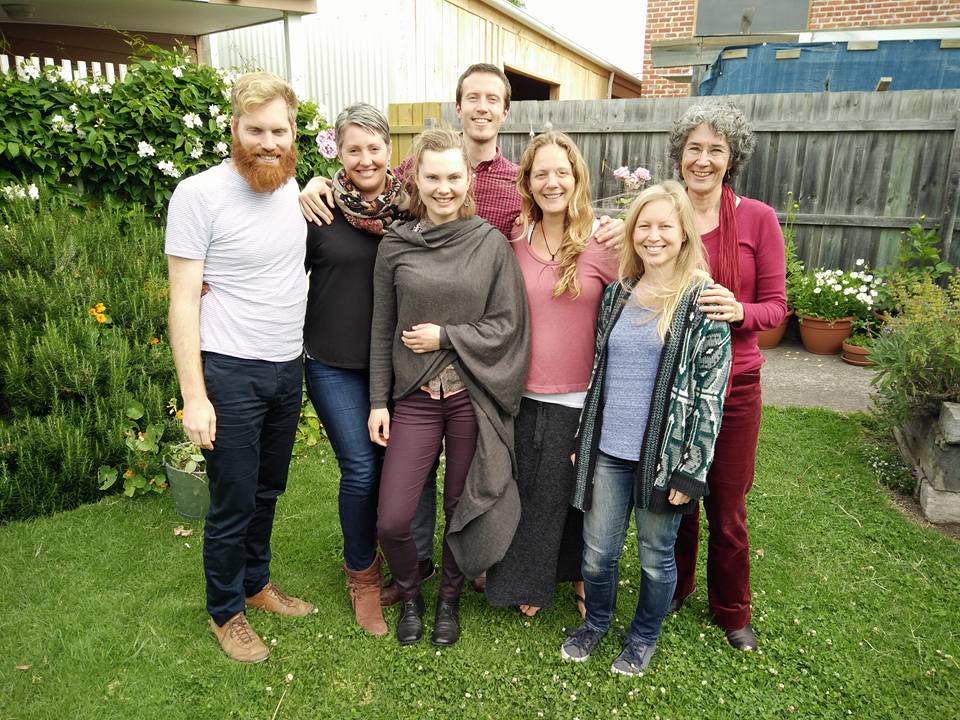